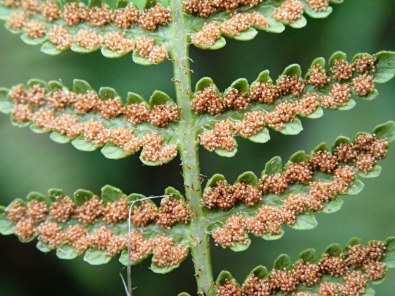 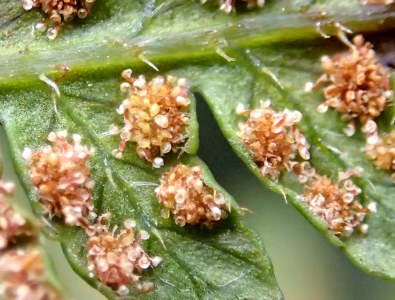 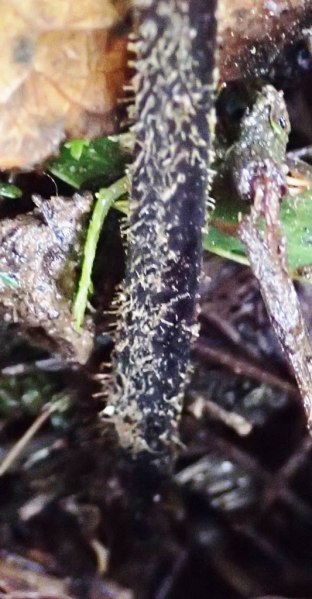 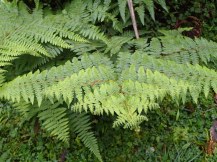 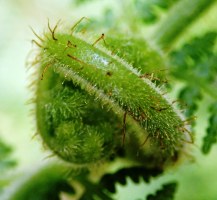 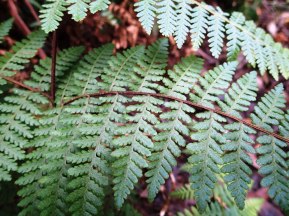 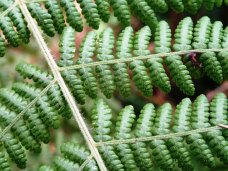 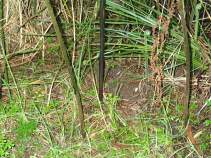 Blechnum wattsii – (Hard Water-fern) is much more common than the Soft Water-fern at Tarra Bulga and is found in both Cool Temperate Rainforest and Wet Schlerophyll forest areas. It has tough dark green fronds, a key feature is that the lower leaves (pinnae) on each stem (rachis) are only slightly smaller than the others.

Showing lower pinnae of Hard Water-fern at the top of the photo which are only slightly smaller than the ones on the rest of the frond. 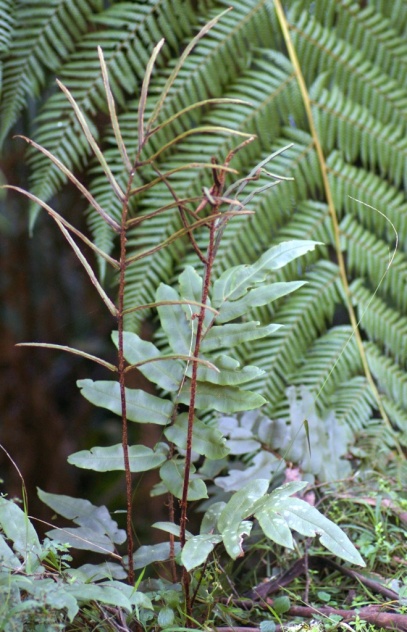 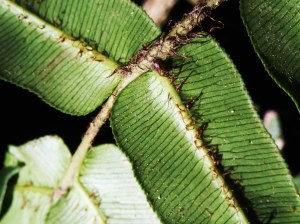 Blechnum wattsii – Hard Water-fern – pinnae – Underside of pinnae, which are also attached to the stem by a very short stalk. 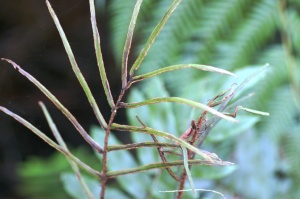 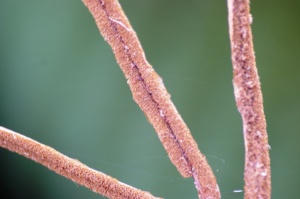 Blechnum minus – (Soft Water-fern) is locally more restricted in its distribution and mainly confined to the banks of water-bodies. It’s fronds are a lighter shade of green and the margins of the pinnae are more undulating or wavy. A key feature of their identification is that the lower leaves (pinnae) on each stem is are much shorter than the rest and they are also widely spaced apart. 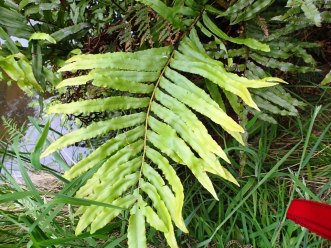 Lower pinnae of the Soft Water-fern, are much shorter than the ones along the rest of the stem and are more widely spaced apart, (the grass is covering up a another pair of pinnae even lower down the stem). 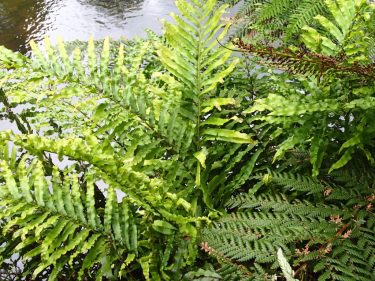 Blechnum minus – Soft Water-fern Growing in a typical situation adjacent to water. 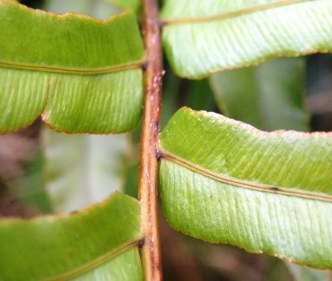 Blechnum minus – Soft Water-fern – Pinnae are attached to the stem by very short stalks.