This year our Annual Lyrebird Survey will be held on Saturday June the 18th. The more volunteers we have the better able we are to get an accurate indication of the number of birds in our survey area so attendance by anyone (no experience necessary) is much appreciated. The meeting point for all volunteers is at the park visitors centre at 6.15 am. The count takes only 30 minutes from the time the sun rises and the birds start calling, which means after you have enjoyed your free breakfast it will be about 8.30am and you will be free to enjoy the rest of your Saturday. To secure your place please email friendsoftarrabulga@gmail.com or call David on 0488 035 314

A few night time visits to the park to get a better idea of the night flying insects that live in Tarra-Bulga have been reaping rewards. Here are just a few highlights of what is flying or crawling about our tall forests. All sightings are being uploaded to our project on www.bowerbird.org.au where they can hopefully be identified and then placed on the the Atlas of Living Australia and become a permanent record in their searchable online database. 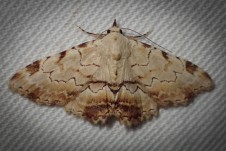 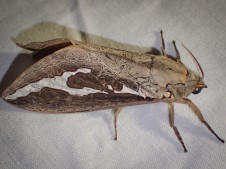 Cranefly – still to be identified 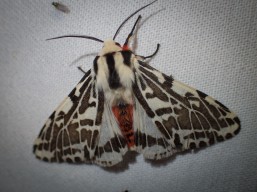 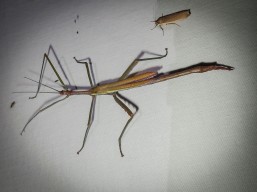 Friends of Tarra-Bulga have now been using remote cameras within the park to monitor wildlife for over three years. The table below shows results adjusted for the number of days cameras have been active in the field. We currently have eight cameras that are moved around to different sites on a regular basis. As of January 2015 the cameras had spent a combined total of over 5000 days in the field and were triggered by animal movements over 10,000 times.

The results show a number of interesting trends. For mammals most species have not varied much in the frequency of sightings over the 3 years with a few exceptions. There was a large jump in Koala sightings in 2014 most were at one site where a Koala developed a routine of passing by every couple of days. Feral Cat numbers have risen each year and Ring-tailed Possum sightings seem to have declined. (the figures for Ring-tails have been influenced heavily by one popular site).

There has been a massive jump in the numbers of birds that the cameras are detecting. The number Lyrebirds passing cameras have doubled each year. Bassian Thrush (Zoothera lunulata) sightings increased around 600% in 2014 and Brush Bronze-wing numbers skyrocketed from only 15 sightings in 2013 up to 404. Crimson Rosellas, Eastern Whipbirds, Pilotbirds and *Common Blackbirds all had a significant rise in detection. Two smaller species the White-browed Scrubwren and the Superb Fairy Wren were also ‘captured’ more often.

A reason for the jump in bird numbers may be due to camera placement. One site used in 2014 was very popular for ground dwelling bird, however this does not fully explain the rise, other camera sites were used in both years and showed a big increase ground dwelling birds from 2013. Fox control efforts in recent years may also be a factor helping the birds numbers increase. Our results have picked up a small rise in Fox numbers over the last few years. As our monitoring continues, time will tell if this greater abundance of bird sightings will be maintained.

In February we placed a camera in a new site along the Grand Ridge Rd, in vegetation that was not typical old growth Mountain Ash forest, but rather sad looking regrowth scrub. As a result we didn’t have high expectations as to what fauna we’d find in this habitat. Surprisingly though it’s a very popular spot, especially with ground dwelling birds (must be lots of food) and we obtained some fantastic images. All up the camera was triggered on 165 separate occasions, see the table below for more details)

The video shows a compilation of all the photos taken at one site, by one of our infrared cameras over the period of one month. It shows the typical comings and goings of the local fauna, It was taken a year ago.  If you look at the top of the screen you can see the date and time that each animal visited. We haven’t been using bait to lure animals to the camera, we did try that initially but it didn’t seem to make much difference to the numbers or variety of the species photographed. Camera placement can make quite a big difference to the animals filmed. If the camera is too high off the ground it seems to pick up less of the smaller animals such as Antechinus, Rats and Bandicoots (this camera was probably not low enough to the ground to pick them up at this site)

Camera  1 – Still out of action after it was attacked by an aggressive lyrebird.

Camera 2 – Located in mature Wet Forest in the Tarra Valley was quite a prolific site, with the camera picking up lots of small birds e.g. White-browed Scrub Wrens and Bassian and Grey-Shrike Thrushes, as well as mammals such as Antechinus and Long-nosed Bandicoots, unfortunately there were plenty of Foxes and a Feral Cat present. Also plenty of Wombats, Wallabies and some Brushtails.

END_OF_DOCUMENT_TOKEN_TO_BE_REPLACED

One area of the park that the Friends of Tarra Bulga are monitoring carefully is an area that has been set back by the occurrence of the Black Saturday bush-fires.  The site is on a north-west facing slope and is an area of about 10 ha.It was added to the National Park in 1986 which was part of the process of the merging of the Bulga Park and Tarra Valley reserves. At that time it was in very poor condition, having being abandoned after being cleared for farming. It was reportedly covered in blackberries, introduced grasses and native colonisers such as Fireweed Groundsel and Bracken Fern.